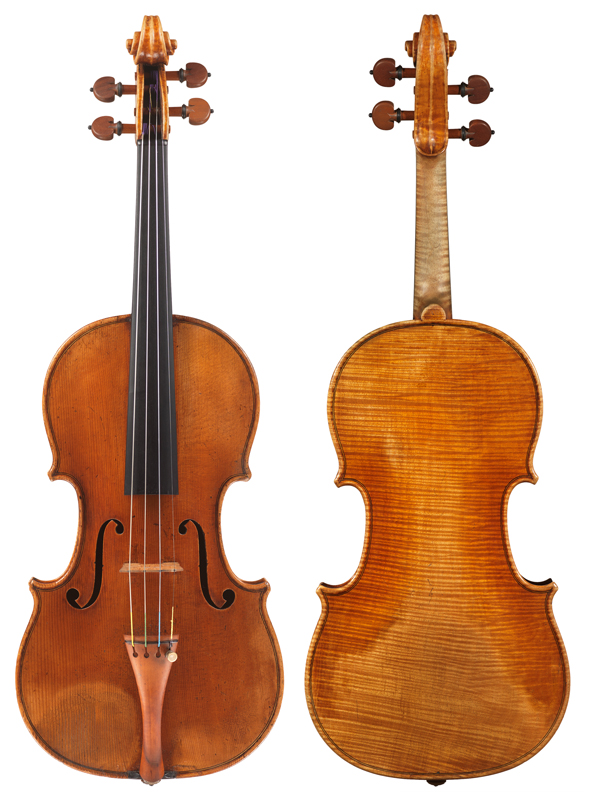 François-Louis Pique became an important and influential maker in post-revolutionary Paris by developing a golden-period Stradivari model at a time when that was not the norm among European makers. Born in Roret, near Mirecourt, Pique served his apprenticeship with Saunier and moved to Paris around 1780 when he established his first atelier on the rue Coquillière. The maker was a close friend of Nicolas Lupot, who was also inspired by the work of Stradivari, and encouraged him to move to Paris. Lupot took his suggestion and worked with Pique in his shop from 1794-1798. The two makers collaborated on their models during this time. Lupot became, and is still recognized as, the “Stradivari” of French violin makers. Pique’s models are similar. One of the maker’s instruments from this period was played by the great violinists Ysaÿe and Thibaud. Pique’s best violins, including this outstanding example, show excellent craftsmanship and choice of wood along with a tone that is broad and even with plenty of power.