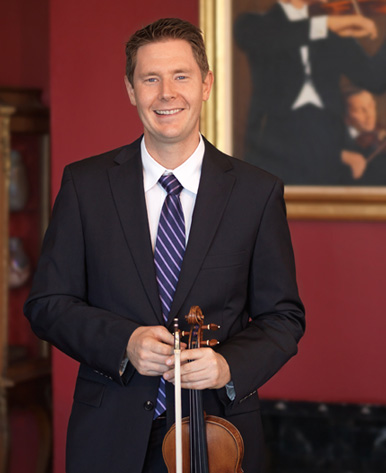 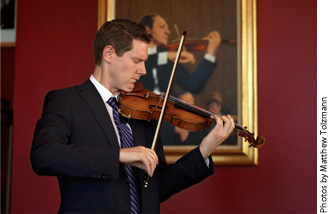 John Gerson joined Bein & Fushi in 2010, and has been a very welcome addition. Working under under the guidance of Gabriel Ben-Dashan, John has become superb strings consultant.

“I’ve learned so much from working with Gabriel. I was first introduced to Gabe when I was a student at Indiana. We have been friends ever since.”

Hailing from the western Chicago suburb of Naperville, John is a graduate of Naperville North High School. Hed received his Bachelor of Music and Diploma in Violin Performance from Indiana University where he studied with Henryk Kowalski.

John currently is the Concertmaster of The Symphony of Oak Park and River Forest. He previously was a section violinist and then assistant principal second violinist of the Fort Wayne Philharmonic for seven seasons.

John is a very experienced private instructor and previously held the position of adjunct professor of violin at Olivet Nazarene University.

“As a musician and former Bein & Fushi customer myself, I understand how important finding the right instrument and bow can be to a player – at any level. It is important to me to listen to what my customers say and to pay attention to how they play and react to certain instruments and bows in order to help them find what works best.”