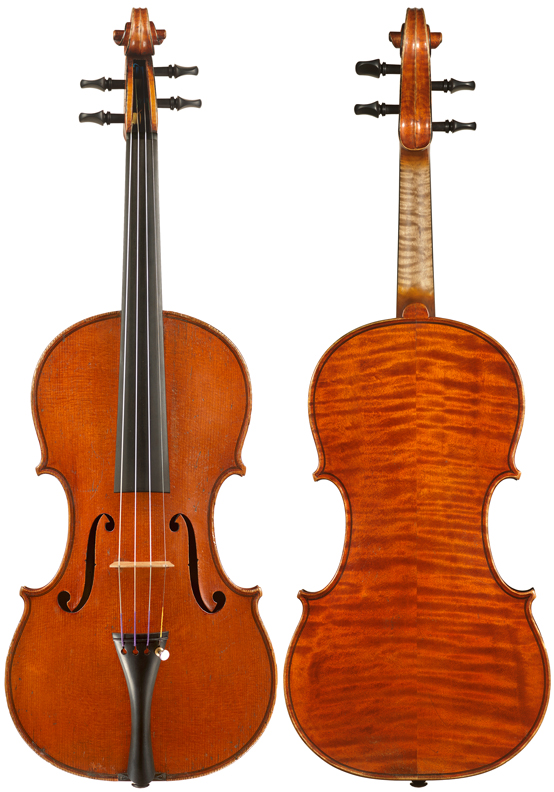 Born in the French violin- and bow-making center of Mirecourt to a well-established house of makers, Nestor Audinot’s craft is recognized as the most accomplished of the family. He was trained by his father Leopold and worked in Paris for Sébastien Vuillaume, nephew of the legendary Jean-Baptiste Vuillaume, at Sébastien’s shop on the Boulevard Bonne-Nouvelle from 1863- 1868 when he left to establish his own workshop. After Sébastien’s death in 1875, Audinot returned to take over the business and remained there until his retirement in 1908. One of Nestor’s hallmarks is his meticulous craftsmanship. He made excellent instruments based on Stradivari and Guarneri models. This very fine Audinot violin is a Guarneri model with a handsome flamed maple back, a rich, robust tone, and good projection.